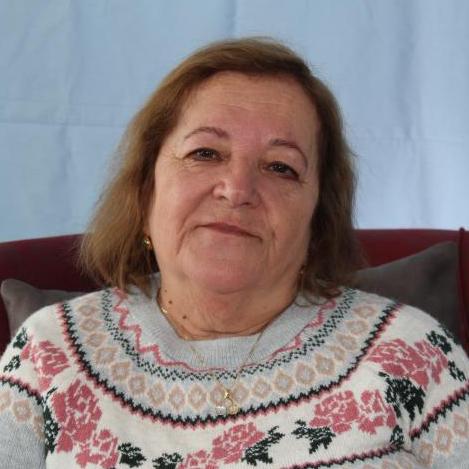 Meral Özsoy was born in 1949 in Balat district of Istanbul. Meral Özsoy’s father side emigrated from Veliko Tırnovo district of Bulgaria. Her mother side emigrated from Kilkis- Greece in 1924 due to the Compulsory Population Exchange  Agreement signed between Turkey and Greece on January 1923. She is a second generation emigrant.  Migrants have experienced adaptation problems in the first years. Family living in a mountain village in comfortable conditions and make their live with animal farming, encountered a different geography in Tuzla. They didn't want the houses given near the sea side because’’ it can be demolished by high tides’’ they thought. They were cooking with butter and don’t know olive oil, therefore they didn't wanted the given olive fields. There have been a lot of cultural conflict between the locals and the migrants. In time, two societies have fused together. The children and grandchildren of those who feared the sea became fishermen. Meral Hanım tells us how the paths of mother and father intersect at this meeting. She tells us about her family's life, what happened in the name of harmony and discord. As an immigrant’s girl, Meral Hanım married a native. Meral Hanım has 2 children and has 3 grandchildren, she lives in Tuzla.